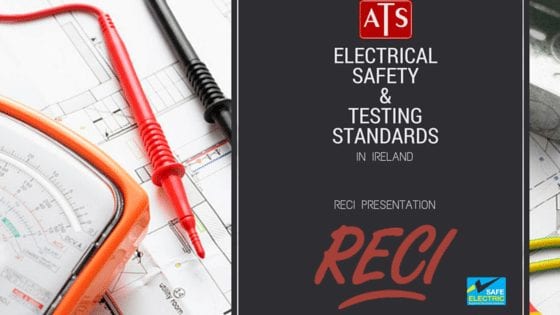 Controlled Works are major electrical works (incl. additions, alterations and /or extensions) which are covered by the National Wiring Rules and which involve:

1. The installation, commissioning, inspection and testing of a new fixed electrical installation requiring connection or re-connection to the electricity network;

2. The installation or replacement of a Distribution Board or Consumer Unit, or new installation in special locations as defined in Part 7 of the National Wiring Rules ET101 and ET105;

4. Subsystems installed in Commercial, Industrial, and Domestic installations where the installation falls within the remit of the National Wiring Rules;

5. The inspection, testing and certification of existing electrical installations (in accordance with Chapter 62 of the Wiring Rules (ET101 – 4 th Edition – 2008 and to conform with Regulation 89 of SI Mo 732 of 2007).

Any works which do not fall within the above scope are not Controlled Works and shall not necessarily require a Completion Certificate to issue. However it is recommended that for all other works an appropriate form of certification is used (for example a Declaration of Compliance with ET 101 for Minor Works where appropriate). Furthermore all entries on the Completion Certificate or Declaration of Compliance should be filled in by the installing electrical contractor. 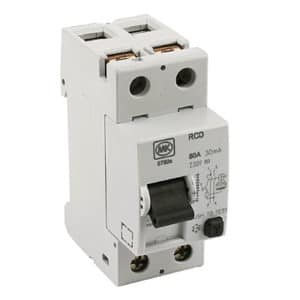 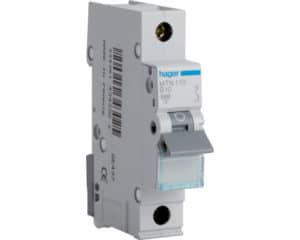 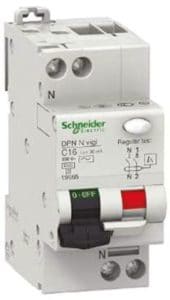 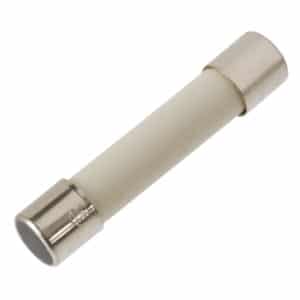 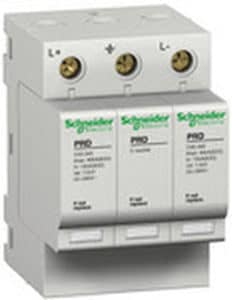 If an installation should fail a test, that test and any preceding tests that may have been influenced by the fault indicated shall be repeated after the fault has been rectified.

Purpose is to verify that:

– Protective and bonding conductors are electrically sound, correctly connected and continuous throughout their length

The purpose of this test is to verify continuity of all conductors in each ring circuit. If this test is overlooked or not carried out effectively the following serious hazards could remain undetected:

– Overloading of circuit conductors arising from an open circuit in phase or neutral at some point in the ring.

– A circuit remaining live when the circuit MCB is in the off position. This would arise if each end of a ring phase conductor were connected to different MCBs.

The purpose of this test is to ensure that resistance of the protective conductors is sufficiently low to allow protective devices to operate effectively in the event of an earth fault.

The maximum measured value is the one to be quoted in test record sheets and completion certificates against “max resistance of protective conductor ”.

This test is usually combined with test 1 – continuity of protective and bonding conductors using either of the two methods already described.

Effective insulation is essential to provide protection against direct contact in addition to protecting against short circuits and earth faults.

Insulation resistance tests will verify satisfactory insulation in a new installation or indicate such factors as dampness or the deterioration of insulation with associated fire risk in an existing installation.

Test 5 – Protection by separation of circuits – where applicable

Where an installation incorporates protection against electric shock by separation of circuits an insulation test may be required to verify the necessary separation. These tests are not necessary if the separated circuits and other circuits are physically separated from each other throughout their length.

Protection by selv (separated extra-low voltage) A selv circuit operates at a voltage not exceeding 50V ac or 120V DC and is separated from circuits of higher voltage and from earth. To verify the required separation an insulation resistance measurement is taken between the live conductors of each selv circuit connected together and the conductors of any adjacent higher voltage system connected together. The test is carried out using an insulation resistance meter set.

Protection by pelv (protective extra-low voltage) A pelv circuit operates at a voltage not exceeding 50V ac or 120V dc and is separated from circuits of higher voltage.One point in the circuit is connected to earth. The test is carried out as for selv circuits except that testing between circuits and earth is not required.

Protection by electrical separation This protective measure requires that the circuit be separated from other circuits and from earth. If has limited application and requires a high level of maintenance.

The following test shall be carried out in order to detect erroneous connections between circuits: For each circuit, its protective device shall be switched off and an insulation test will be applied between phase conductors of that particular circuit and all other phase conductors.

Polarity tests are necessary to verify that:

Measurement of L-E loop impedance at the main distribution board, sub distribution board(s), if any, and at the furthest point of each circuit is required to verify that protective devices will operate within the required disconnection time in the event of a phase to earth fault.

Measurements are made using a fault loop impedance tester designed specifically for the purpose of these tests. If the instrument is not designed to prevent the tripping of RCDs it will be necessary to short out RCDs for the duration of the test. Ensure that the shorting out connection is removed on conclusion of the test. Remember that when an RCBO is bridged out no short circuit protection is present.

Fault Loop Impedance at a Distribution Board

Fault Loop Impedance of each Circuit

The fault loop impedance must be measured at the furthest point in each circuit. Since these are live tests it is important to ensure the integrity of protective conductors and connections before tests are made. For general purpose socket circuits the 13amp plug lead is used with the loop impedance tester set at a low ohms range such as 20 ohms. The instrument is plugged into the furthest socket in the circuit, test button pressed and measurement taken.

For fixed appliances and lighting circuits the same procedure is followed using the 3 lead attachment to connect the instrument to the L, N and E at the end of the circuit under test.

The L-E loop impedance measurements taken and recorded in test records sheets need to be compared with the maximum values quoted for the associated protective device.

Test 9 – Verification of operation of RCDs

This important post-connection test is required to verify that RCDs will operate within the specified time when the appropriate fault condition is simulated.

The primary function of an RCD is to provide protection against electric shock in case of a fault (indirect contact) in cases where this is specified in the national wiring rules such as circuits supplying socket, immersions heaters, water heating appliances and all 230V supplies in zones 1, 2 and 3 of bathroom.

RCDs also provide valuable additional protection against electric shock in normal service (direct contact) by sensing a shock current through a person in contact with a live part and disconnecting supply within 0.3 second.

The test instrument used is an RCD tester designed specifically for the purpose of these tests.

– The instrument is set to 50%of the rated trip current and the test button operated. In these circumstances the RCD should not trip.

– The instrument is then set to the rated trip current (typically 30ma), the test button operated and the trip time noted.

Most RCD testers incorporate a facility for testing during the positive or negative half cycle of the supply waveform. Where this facility is available the test should be repeated for the alternative half cycle and the longer of the two trip times noted.

No electrical installation, no matter how carefully designed and erected can be expected to last forever.

Deterioration will take place due to age as well as due to normal wear and tear.

The Wiring Rules recommend that every installation should be inspected and tested periodically as appropriate to use and the environment to ensure that it still complies with the Rules.

The time interval between inspections will depend on the type of installation and the way in which it is used.

An overall visual appraisal of the installation should be conducted at the outset. This is required to assess the nature and scope of the installation, whether any hazards could arise in the testing process and the degree of any limitations that may need to be agreed with the client.

The Periodic Inspections Report form consists of four A4 pages in “foldover” form and includes a section for observations and recommendations. This allows the contractor to list any defect, omission and non compliance with standards revealed by the inspection and testing.

The list of items are coded under the following headings:

For suggested time intervals between periodic testing and inspections please see our post on this subject here.

This article was first published by ASSOCIATION OF IRISH RISK MANAGEMENT .