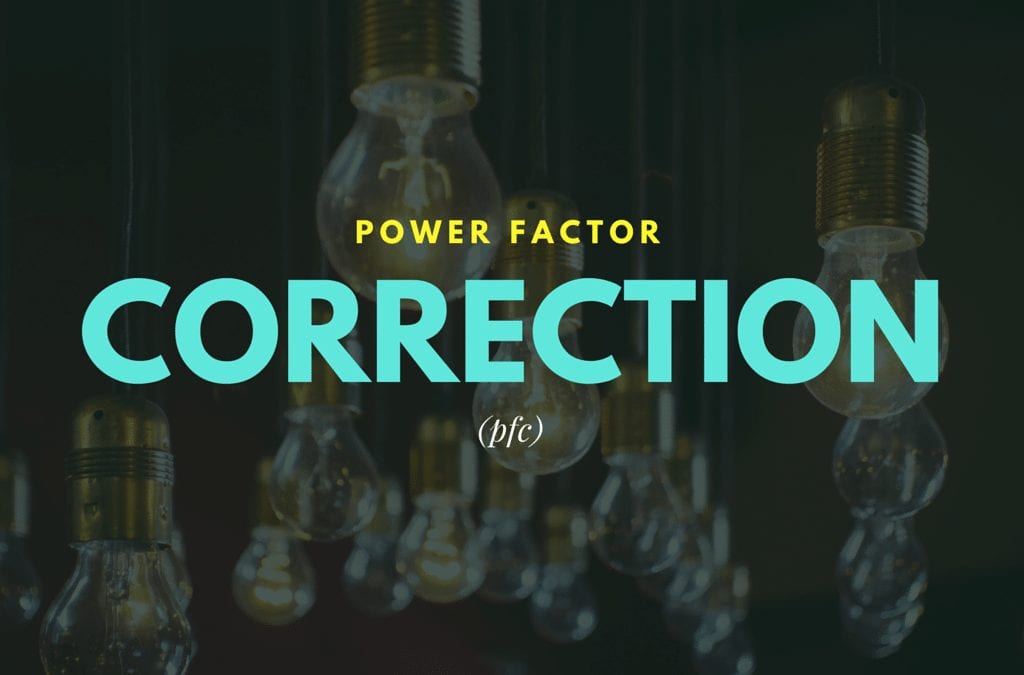 POWER FACTOR is the ratio between the useful (true) power (kW) to the total (apparent) power (kVA) consumed by an item of a.c. electrical equipment or a complete electrical installation. It is a measure of how efficiently electrical power is converted into useful work output.

The ideal power factor is unity, or one.

Anything less than one means that extra power is required to achieve the actual task at hand.

When the power factor is less than one the ‘missing’ power is known as reactive power which unfortunately is necessary to provide a magnetising field required by motors and other inductive loads to perform their desired functions. Reactive power can also be interpreted as wattless, magnetising or wasted power and it represents an extra burden on the electricity supply system and on the consumer’s bill.

A poor power factor is usually the result of a significant phase difference between the voltage and current at the load terminals, or it can be due to a high harmonic content or a distorted current waveform.

A poor power factor is generally the result of an inductive load such as an induction motor, a power transformer, a ballast in a luminaire, a welding set or an induction furnace.

A distorted current waveform can be the result of a rectifier, an inverter, a variable speed drive, a switched mode power supply, discharge lighting or other electronic loads.

Some inverters are quoted as having a power factor of better than 0.95 when, in reality, the true power factor is between 0.5 and 0.75. The figure of 0.95 is based on the cosine of the angle between the voltage and current but does not take into account that the current waveform is discontinuous and therefore contributes to increased losses.

A sufficient capacitance is connected so that the power factor is adjusted to be as close to unity as possible.

The magnetizing current does not contribute to the work output of the motor.

Power factor correction is the term given to a technology that has been used since the turn of the 20th century to restore the power factor to as close to unity as is economically viable.

This is normally achieved by the addition of capacitors to the electrical network which compensate for the reactive power demand of the inductive load and thus reduce the burden on the supply. There should be no effect on the operation of the equipment.

To reduce losses in the distribution system, and to reduce the electricity bill, power factor correction, usually in the form of capacitors, is added to neutralize as much of the magnetizing current as possible.

Capacitors contained in most power factor correction equipment draw current that leads the voltage, thus producing a leading power factor. If capacitors are connected to a circuit that operates at a nominally lagging power factor, the extent that the circuit lags is reduced proportionately. Typically the corrected power factor will be 0.92 to 0.95. Some power distributors offer incentives for operating with a power factor of better than 0.9, for example, and some penalize consumers with a poor power factor.

There are many ways that this is metered but the net result is that in order to reduce wasted energy in the distribution system, the consumer is encouraged to apply power factor correction.

Most Network Operating companies now penalize for power factors below 0.95 or 0.9.

The benefits that can be achieved by applying the correct power factor correction are:

How to improve power factor

Power factor correction is achieved by the addition of capacitors in parallel with the connected motor or lighting circuits and can be applied at the equipment, distribution board or at the origin of the installation.

Care should be taken when applying power factor correction star/delta type control so that the capacitors are not subjected to rapid on-off-on conditions. Typically the correction would be placed on either the Main or Delta contactor circuits.

Power factor correction applied at the origin of the installation consists of a controller monitoring the VAr’s and this controller switches capacitors in or out to maintain the power factor better than a preset limit (typically 0.95).

Where ‘bulk’ power factor correction is installed, other loads can in theory be connected anywhere on the network.