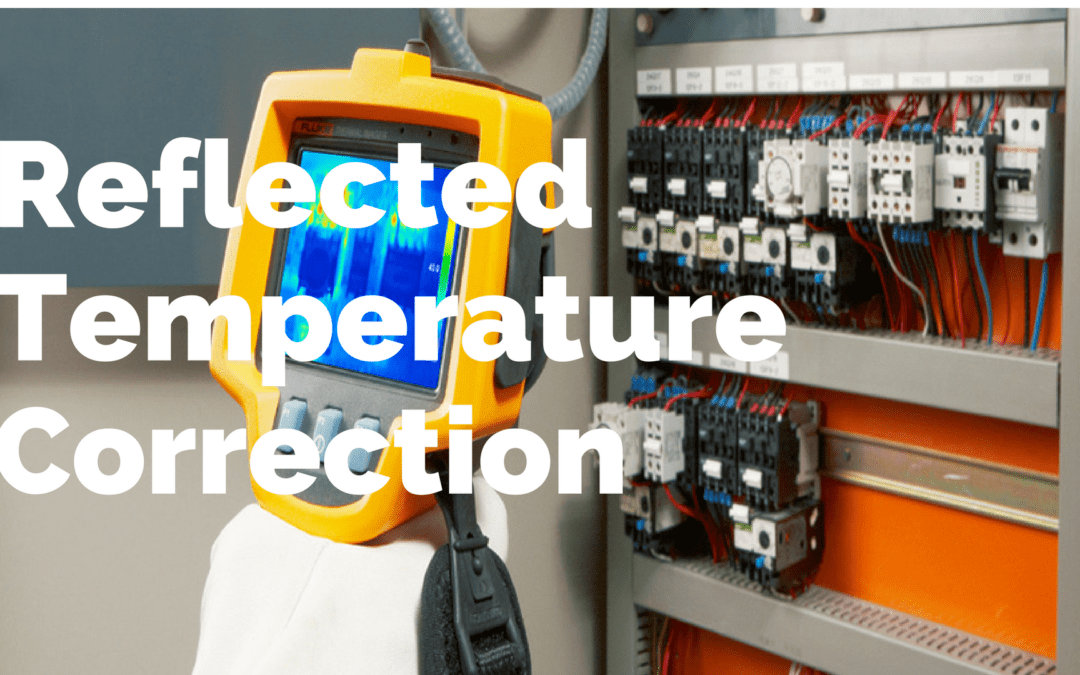 Today’s topic: when we enter the emissivity correction value into the thermal imager, we are, in essence, telling it what percentage of the total energy it sees is being emitted by the surface. If that surface, like most we look at, is also opaque (meaning we can’t see through it) then the rest of the energy the imager detects is being reflected by the surface. Imagine a visual analogy of comparing a clean mirror with a dirty one. Which is a better reflector?

An important question remains, however, and that is “What exactly is being reflected and what is its temperature?” Back to our analogy, regardless of whether we are looking in a clean or a dirty mirror, aren’t we seeing something light or dark in the reflected background?

We need to ask the same question for our thermal image! The answer becomes the second major correction necessary to getting an accurate radiometric temperature. We use the term “thermal background” to describe what is being reflected by the surface we are viewing—actually, being reflected by the exact spot where we want to measure temperature.  However, this is not always behind us or in the background!

So, for a painted wall, with an emissivity of 0.90, the imager knows it also has a reflectivity of 0.10. If we input a value for the reflected background correction of 32oC (90oF), the approximate temperature of our skin, the imager determines how much energy is reflected and emitted and—given that there is a knowable relationship between temperature and radiation—also determines what the radiometric temperature of the surface must be.

Is this reflected background correction really necessary? Only if you want accurate temperatures! Again, look at the window from outside. The background for the first floor window is likely to be the relatively warmer surrounding building environment while the background for the upper windows, if the sky is clear (night or day, summer or winter) will be extremely cold.

As with the correction for emissivity, the background temperature correction can sometimes be made in the imager itself, notably in the Ti32, and always in the software using a stored image. Practice “seeing” what is being reflected, and measuring or estimating what the temperature of the reflected body is. You’ll quickly see that when emissivity is relatively high, background corrections usually only have a small effect. However, if the background temperature is very different than the surface we are measuring (either hotter or colder), the effect will be more significant. As you experiment with making corrections, you’ll soon learn to judge what the effect might be.