A basic guide to thermography 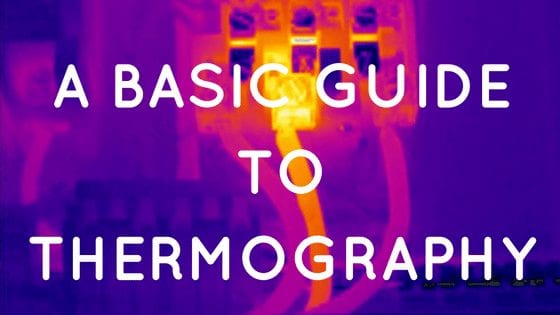 Thermography is a method of inspecting electrical and mechanical equipment by obtaining heat distribution pictures. This inspection method is based on the fact that most components in a system show an increase in temperature when malfunctioning. The increase in temperature in an electrical circuit could be due to loose connections or a worn bearing in the case of mechanical equipment. By observing the heat patterns in operational system components, faults can be located and their seriousness evaluated.

The inspection tool used by Thermographers is the Thermal Imager. These are sophisticated devices which measure the natural emissions of infrared radiation from a heated object and produce a thermal picture. Modern Thermal Imagers are portable with easily operated controls. As physical contact with the system is not required, inspections can be made under full operational conditions resulting in no loss of production or downtime.

When using a Thermal Imager it is helpful to have a basic knowledge of infrared theory.

An object when heated radiates electromagnetic energy. The amount of energy is related to the object’s temperature. The Thermal Imager can determine the temperature of the object without physical contact by measuring the emitted energy.

The energy from a heated object is radiated at different levels across the electromagnetic spectrum. In most industrial applications it is the energy radiated at infrared wavelengths which is used to determine the object’s temperature. Figure 3 shows various forms of radiated energy in the electromagnetic spectrum including X-rays, Ultra Violet, Infrared and Radio. They are all emitted in the form of a wave and travel at the speed of light. The only difference between them is their wavelength which is related to frequency.

In today’s industrial plants it is essential that unplanned breakdowns and the resultant costly loss of production is kept to an absolute minimum. Predictive maintenance schemes have been introduced to identify potential problems and reduce downtime. Thermography in maintenance applications is based on the fact that most components show an increase in temperature when malfunctioning and faults steadily get worse before failure.

Routine inspection programmes using Thermal Imagers can often offer the following benefits:- Inspections can be made under full operational conditions and hence there is no loss of production. Equipment life can be extended Plant downtime may be reduced Plant reliability may be increased Plant repairs scheduled for the most convenient time Quality of repair work may be inspected

Thermal Imagers are mainly used for industrial predictive maintenance in the following areas:

Faults in an electrical installation often appear as hot-spots which can be detected by the Thermal Imager. Hot spots are often the result of increased resistance in a circuit, overloading, or insulation failure.

Some of the components commonly inspected are as follows:

The type of mechanical equipment inspected is often rotating machinery. Increased surface temperatures can be the result of internal faults. Excessive heat can be generated by friction in faulty bearings due to wear, misalignment or inadequate lubrication.

As with electrical installations it is desirable to perform the inspection with the system in operation wherever practically possible. Interpretation of results should be based on comparison between components operating in similar conditions under similar loads or by trend analysis.

The refractory structures of process plants can often have an increased lifetime if the degree of wear and erosion can be assessed. Thermal patterns produced by viewing the outer walls of a structure can indicate hot-spots caused by worn refractories which may be corrected by appropriate maintenance.

For further information on our products and services contact our office here. For a more detailed article, take a look at ” A basic guide to thermography ” PDF document here.